Make your property a NoGo™ for criminals 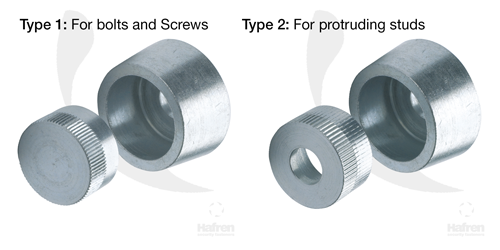 With darker nights, the burglars are coming out, according to Churchill home insurance, who claim there is a direct correlation between the numbers of burglaries and the hours of daylight.

During the winter months we need to be extra vigilant, with criminals preferring to operate under the cover of darkness. So, we looked at how we could increase the security of property using the Nogo™ 2-part security enclosure. This patented product offers the highest security for any nut or bolt, having been Home Office approved and having won the Sold Secure Silver Award. Easy to install, with no need for any specialist tooling (you simply hammer the cap into the base), making a secure permanent fixing and access to the enclosed nut or bolt a near impossible ‘NoGo’ area…

During the video you can see how the NoGo™ helps improve and harden the target against theft and tampering using the principals of The National Crime Prevention Institute’s (NCPI) theory of crime prevention called the Four D's;

In this case the NoGo™ denies access to the bolts enclosed within. The smooth round case-hardened steel enclosure makes it near impossible to remove with conventional tools, grippers slip off and can’t get a purchase, drill bits and even hacksaws fail to cut into the case-hardened steel.

All the time this delays the criminal from achieving their goal, making it ever-more likely that they will be detected. The lack of success with conventional tools means the criminal has to be increasingly bolder with their attack using bigger, noisier methods, which draws even more attention making detection and arrest more likely.

As we see in the video the attack attracts attention from passers by leading to the criminals being deterred from continuing the crime. Added to this the witnesses make it more likely that the criminals will be identified and apprehended.

The attack test is an extreme case, as typically opportunistic criminals will have been deterred at the sight of the increased security offered by the Nogo™, only a determined criminal would attempt to steel property secured with a NoGo™.

REMEMBER: Don’t take the risk - secure it - “it’s a small price to pay”. To learn more about our wide range of security fastener solutions visit www.hafrenfasteners.com

Hafren Fasteners are a well-established leader of the security fastener market. We are committed to stamping out the impact of crime globally and supplying customers with high quality innovative fastener solutions to achieve this.